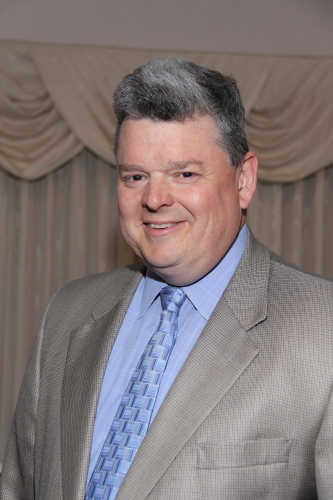 Frank is the owner and Supervisor of the Perman Funeral Home and Cremation Services, Inc. in Shaler Township. Perman has been licensed PA Funeral Director for over 31 years. He is a Certified Funeral Service Practitioner(CFSP), Certified Preplaning Consultant(CPC), Certified Crematory Operator(CCO) and Certified Funeral Celebrant(CFC).

Frank Perman is actively involved in the community. He is a member of the Kiwanis Club of Glenshaw, serving twice as President. Frank was a Charter member and Governor of Highland Moose Lodge 2699. Frank coached Softball and Baseball for Bauerstown Baseball and Softball Association in Shaler Township. He is also a certified USA Softball umpire for the Greater Pittsburgh Girls Softball Association.

Frank has been doing stand-up comedy for the last ten years. He often does comedy to help raise funds for various charities such as the Shaler Library, Our Club, Women of the Moose and Bethel Park Library.

Frank is actively involved with Scouting. He is a Committee Member of Cub Scout Pack 162 at Christ Lutheran Church in Millvale, Committee Chairman of Boy Scout Troop 622 in Glenshaw PA. He is a merit badge counselor. Frank serves as the Japeechen District Vice-Chairman of Program of the Laurel Highlands Council of the Boy Scouts of America.  He has mentored two Eagle Scouts. In 2015, he was awarded the Japeechen District Award of Merit.

Frank was the Vice President the Board of the Pittsburgh Harlequins Rugby Football Association.

Frank is a graduate of Central Catholic High School.  He has a BS in Finance from the University of Dayton. Frank graduated from the Pittsburgh Institute of Mortuary Science.

Frank is married to Heather. They have four children. 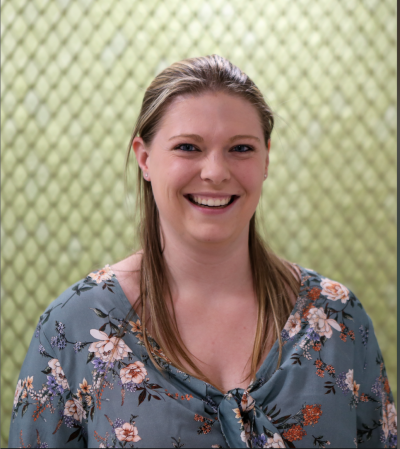 Jesse is a graduate of Shaler Area High School. She received her Associates Degree in Business from Community College of Allegheny County. She was on the Dean’s List and a member of Phi Theta Kappa, honors fraternity. At CCAC, she has volunteered for the Allegheny City Christmas House Tours, Perry Highway road clean-up and has coordinated senior citizen yard clean-up projects. She was the Captain of the CCAC North Bowling Team, Student Ambassadors and the CCAC Student Library Advisory Board.

Jesse graduated from the Pittsburgh Institute of Mortuary Science in September 2015. She received the MU SIGMA ALPHA award which the National Association of Colleges of Mortuary Science honors society established to recognize students who display outstanding merit in academics and who conduct themselves as good citizens. Only ten percent of mortuary school graduates receive the award. In March 2018, Jesse completed the National Funeral Directors Association's course to become a Certified Pre-planning Consultant.

In her spare time, she is a member and volunteer for the Glenshaw Century Club. Jesse enjoys managing local championship deck hockey teams.

Jesse is married to her husband Chris and resides in Shaler Twp. 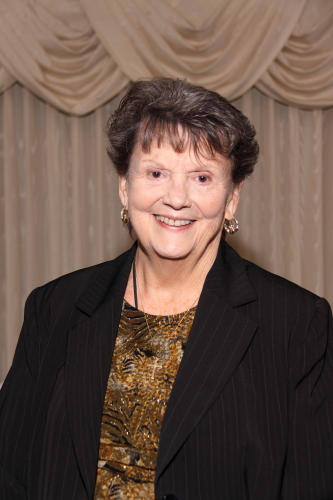 Judith was a graduate of Sacred Heart High School. She received her BA in English from the University of Pittsburgh. She graduated from the Pittsburgh Institute of Mortuary Science in 1968 and became a licensed Funeral Director in January of 1970. Mrs. Perman also graduated and received her RN diploma from the St. Francis School of Nursing in Pittsburgh in 1985.

Mrs. Perman was a pioneer in Emergency Medicine in the 1970s. She worked at the University of Pittsburgh with Dr. Jess Weigel helping to compile and write the first edition class training manual for Emergency Medical Technicians. 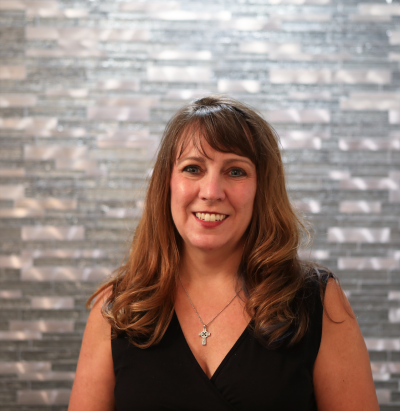 Heather is active in the community. She is the Past President of the Glenshaw Century Club, a women’s philanthropic organization, where she served as Recording Secretary and 2nd Vice-President. Heather serves as Secretary of The Glenshaw Century Club, Inc. She is a member and past Treasurer of the Kiwanis Club of Glenshaw. She is the Cubmaster with Cub Scout Pack 162 at Bauerstown Volunteer Fire Department and a Committee Member of Boy Scout Troop 622, Glenshaw PA. Heather is the Scout Leader for Girl Scout Troop 54593. Heather is a member and past deacon of Glenshaw Valley Presbyterian Church where she helps with the youth ministry.

Heather has four children. She enjoys gardening, taking hikes in the community and reading cookbooks. 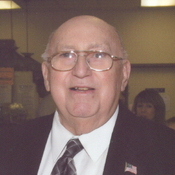 Ken had been a part of our Client Services team at Perman Funeral Home since 1991. He has been in the funeral service profession for 60 years having worked in funeral homes located in West Virginia, Florida, Ohio and Pennsylvania. He previously owned and operated Howell Funeral Home and Ambulance Service in Weirton, WV and New Cumberland, WV.

He was a graduate of Weirton High School. He attended West Virginia Community College earning an associate’s degree in business and is also a graduate of Pittsburgh Institute of Mortuary Science. He was selected by his fellow PIMS students for the Memorial Award demonstrating leadership and professionalism in the educational setting. Ken is a US Army Veteran who served as an MP.

He was a member of the Weirton Lions Club District 29L. He served as President.

Ken and his wife, Sue, enjoyed going to bluegrass festivals in their trailer.

Bob is a part of our family services team. He has been with Perman Funeral Home since 2005. Bob is a retired Lineman for Verizon.

He is a graduate of North Catholic High School. He also is an active member of Highland Moose Lodge #2699. Bob owns a 1963 Studebaker Avanti and belongs to the Studebaker Drivers Club. He enjoys walking Hartwood Acres and traveling to visit family. 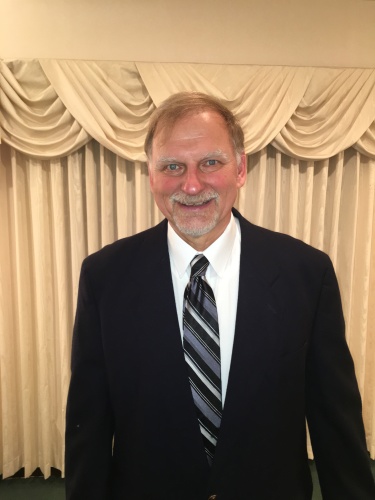 He is a graduate from Langley High School and Connley Trade School, where he studied pipe fitting. After high school, Frank enlisted in the United States Army where he came out as an E-5.

Frank is a parishioner and is on the properties committee at Glenshaw Presbyterian Church. He enjoys working in the yard in his spare time.

Frank is married to Georgia. They have five boys. 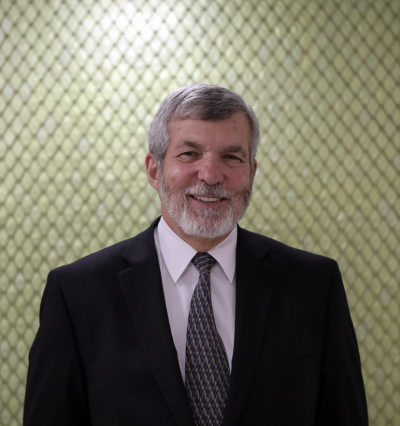 Denny is a part of our family services team. He has been with Perman Funeral Home since 2019. He  is a retiree from PNC Bank, serving as a Vice President, Product Management.

Denny is a graduate from Rochester High School. He then went on to attend the University of Pittsburgh earning a Bachelor of Science degree in Business Management and Psychology.

Denny is actively involved in our community. He serves as Scoutmaster of BSA Troop 173 in Etna. He also serves on the Japeechen District Committee, Advancement Committee; as such he reviews Eagle Scout proposals and conducts Eagle Scout Board of Reviews.  He also is a member of the Bull Creek model train club.

In his spare time, Denny enjoys working on his train layout and spending time on his 7 acres of land.

Sharon is the office assistant at Perman Funeral Home. She started with the Perman team in March of 2021. She is responsible for business office operations and client concierge.

Sharon is a graduate of Bethel Park High School. She then started working in the banking industry for a bit, before finally finding her career with the City of Pittsburgh Police helping as a clerical specialist.

Sharon has been involved in comedy for the last 15 years. She is on the traveling circuit for comedy. She has volunteered for many comedy fundraising events such as Autism Speaks, Bethel Park/Shaler Libraries, and for various fire departments.

She is on the board for the Greater Hazelwood Historical Society of Pittsburgh, acting as their secretary.

In her spare time, Sharon enjoys spending time with her fur baby, Lexi and her husband Kevin.

We stand ready to assist you. If a death has occurred, please call us on the number below: