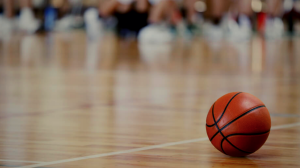 Stanley Michael Noszka Jr. was born September 29th, 1944 to The Honorable State Senator Stanley Michael Noszka and Gloria Noszka. Stanley fought a tremendous battle against cancer for the last six years of his life. He finally passed on Saturday morning, May 15th, 2021 at 7:59 am. Stanley will join his Mom and Dad along with his brothers Michael Allen and Daniel Joseph Noszka in God’s Place.

“Stan” or “Bub” was the oldest of nine. He has five remaining sisters Diane, Linda, and Nancy Noszka along with Ginny Reiner and Amy Ford who all reside in the Pittsburgh area. He is also survived by his brother Jeffrey Noszka.

Stan was married to Marilyn Abrams and he is also survived by their four children Michael, Bryony, Patrick, and Katie. Stan is also the grandfather of three. Kayla Younger who is the daughter of Bryony. Taylor Jordan Noszka and Michael Stanley Noszka Jr. who are the children of Michael and Kellie Noszka. They all carry on his name proudly. He has spent the last eighteen years of his life with his loving wife, Sutheewan Noszka.

Stan was a graduate of Central Catholic High School and Youngstown State where he was also played basketball. He then spent a lifetime coaching the game of life through his love of the game of basketball. He was a great influence for his children and many especially through basketball.

Coach Noszka will be remembered as a basketball coach for over forty years in the WPIAL spending a majority of those years with life-long friend, Joe Dunn. He coached at Hampton, Pine-Richland, Plum, Sewickley, Mt. Pleasant, Trinity, and Northgate High Schools. As a very competitive coach, he was beloved by his players.

Celebrate Stan’s life with his family at a Memorial Mass on Tuesday, May 18, at 10 AM at St. Raphael Church, St. Jude Parish, Morningside. Arrangements by Perman Funeral Home and Cremation Services, Inc., Shaler Township.

To send flowers to the family or plant a tree in memory of Stanley M. "Stan" Noszka, Jr., please visit our floral store.