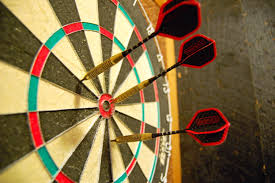 Age 45, of Hampton Twp., on Monday, January 20, 2020, John was an amazing man with a heart of gold. He would do anything for anyone. He lived life to the fullest. He could make you laugh at any given moment. He is gone too soon, and will deeply be missed by so many. He was the son of Donald Netzel and Susan Netzel; brother of Elizabeth Burgess; grandson of the late Frank and Sarah Netzel, William and Gloria Mower; nephew of Frank Netzel Jr. (Deborah), William Netzel and the late Bill Mower, Sally Netzel; cousin of Frank Netzel (Stacey), Angela Netzel, William Netzel Jr.; second cousin of Nafeez and Noisreen Hashmie; friends of Sherry Thompson, Isaiah Simpson and many more.

Celebrate John’s life with his family on Thursday from 2-4 PM 6-8 PM at Perman Funeral Home and Cremation Services, Inc., 923 Saxonburg Blvd. at Rt. 8, Shaler Twp. where Services will be held at 8 PM.