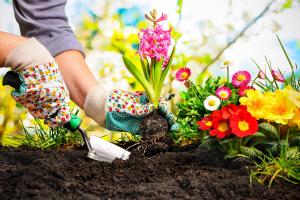 Age 83, of Shaler Twp., on July 22, 2020, Mrs. Adamcik was the beloved wife of 61 years to Robert A. “Ziggy” Adamcik; mother of Kathleen Sabol and Patricia Huettel (Guy); daughter of the late John and Elizabeth Takacs Balogh; sister of John “Sonny” Balogh; grandmother of Laura and Dana Sabol and Ian Huettel; also survived by nieces and nephews.

Joanne’s lifelong values of kindness, generosity, sacrifice, service, and thriftiness were influenced by being born during the Great Depression and living through WW2. She was a resilient woman who always maintained a positive attitude throughout life’s challenges.

Orphaned at the age of 2, she first lived with her grandmother for a time, and then with an aunt and uncle. But when her uncle died, she was left with only one near relative, her brother, John (“Sonny”) who lived with another family.

Joanne grew up in Hazelwood and attended Elizabeth Seton High School. She worked at a family-owned grocery store during these early years. For a time, she even considered a religious vocation.

After graduation, she found employment as a secretary for Ragnar Brothers, in the Grant Building, downtown Pittsburgh. Her strong administrative and organizational skills would continue to flourish later in an educational setting when her oldest daughter began attending school.

Joanne was active in her church, St. Mary of the Assumption, in Glenshaw, Pa where she served as a Eucharistic Minister, and at St. Mary School (now Blessed Trinity Academy), working as the Librarian for five decades. For many years, she coached the children for the national spelling bee. She managed the school’s “Campbell’s labels for education” program which enabled the school to acquire items like audio-visual equipment. She also led students to winning Shaler homecoming banners for many years.

Joanne enjoyed sewing, crocheting, gardening and baking. She was often sought out to bake cookies for weddings and other community celebrations.

She also assisted her husband, Bob, in his outreach to the Veterans, by making gift bags for the Easter and Christmas holidays and his work with the Society of St. Vincent de Paul.

She touched many lives and will be greatly missed by all who loved her.

To send flowers to the family or plant a tree in memory of Joanne M. (Balogh) Adamcik, please visit our floral store.

Services are to be announced