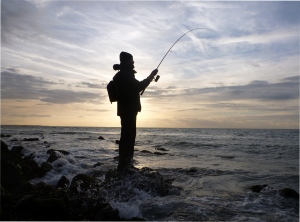 Harold White passed peacefully at home in his sleep on Tuesday, May 12, 2020. He is survived by his children Julie White Gillett and her husband David Gillett (of New York, NY); Melissa White (of Los Angeles, CA); and Roger White and his wife Michelle, and their two daughters, Madison and Claudia (of Cranberry Township, PA). Harold is the son of Charles Eugene White and Jewel Estelle Barrier White, both from the Dallas area. Harold was born in Dallas, and graduated from Adams High School in May, 1945, at the age of 16. He was moved ahead one year due to his high grades and advanced aptitude. He earned his pilot's license during college and learned to fly Piper Cub small planes. He attended the University of Texas at Arlington, and later the University of Houston studying Engineering. He was a Veteran of the Korean War, and he served in the US Air Force from 1951-1955. He graduated first in his class of over 1,000 classmates at the USAF Recce-Tech school (Reconnaissance Technician) where he learned to draw maps based on aerial photographs. He moved to Houston from the Dallas area in 1955 and began working for S.I.P. (Southern Industrial Piping / Parsons), where he was a Piping Designer and later a Drafting Design Supervisor for over 40 years until retiring in 1996. Harold married Carol Jean Yarbrough on Dec. 21, 1957. They moved with their three young children to Friendswood, TX in 1967 to the yellow house that Harold built himself with assistance from his carpenter father. They lived in that home until 1999, when Carol passed away after a courageous three-year battle with cancer. On August 2, 2001 Harold remarried long-time family friend, Martha Jo Chandler, who had recently lost her husband, and the couple lived in Friendswood together until Martha Jo's passing in February of 2015. Harold is also survived by Martha Jo's son, Kevin Chandler and his wife Claire, of Long Branch, NJ. Harold then moved to the Pittsburgh, PA area to live with Roger and his family. Harold resided at St. Barnabas Assisted Living Facility for the last few years of his life. Harold was an avid fisherman and loved to spend time fishing on Galveston Bay, and offshore in the Gulf. He loved riding Bolivar Ferry and being near the ocean and the Texas Gulf Coast. He often commented that there was no better place on earth. A private burial service will be held at a later date. In memory of Harold, please consider a gift to the St. Barnabas Free Care Fund (https://stbarnabashealthsystem.com/charities/).

To send flowers to the family or plant a tree in memory of Harold B. White, please visit our floral store.