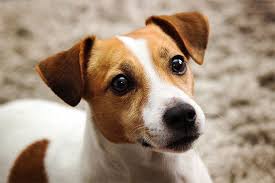 Charles "Jonsey" Glasso, at a young 77, passed away peacefully on Friday, February 28, 2020.  Born on June 18, 1942 in Punxsutawney, PA, he was the youngest of three children to Louis & Yolanda Glasso. Beloved husband of 58 years to the late Bernadette Frederick Glasso.  Loving father to Brigette (married to Mike Nadler), Charlie (married to Tina Wotruba) and Machelle Glasso.  His pride and joy was his grandson, Zolten Glasso.  Charles is survived by many nieces and nephews. Charles (Jonsey) was loved by so many, and Dad to so many.  Uncle Jonsey & Aunt Bernie’s house was the place to hang out, as they welcomed friends and family with food and coffee, and he would always stop whatever he was doing to sit down and have a conversation with you. He wore many hats, a jack-of-all-trades, and probably had what you were looking for.  The family called him the “original recycler” because he wouldn’t throw it out, but would fix it, repurpose it, or put it on Craigslist. He loved animals, rode horses when he was younger, and always had dogs.  His 14-year old Jack Russell, YoYo, was by his side. His mechanical interests started early with cars and stock car racing, as a young father he enrolled in Embry- Riddle to learn aircraft mechanics, to opening a Subaru/MG Dealership and later operating heavy construction machinery. The ocean drew him back to Florida in 1972, now with three children, when he and the family moved to Hollywood.  It wasn’t unusual for him to pack everyone up, including the dogs (and an occasional cat), and drive to Pittsburgh for summers and the holidays, to spend time with the family.  He was a true family man.

Visitation will be Thursday, March 5, 2020 from 2-4 PM and 6-8 PM at Perman Funeral Home, 923 Saxonburg Boulevard, Pittsburgh, PA 15223.  A Funeral Mass will be celebrated at All Saints Parish, 19 Wilson Street, Pittsburgh, PA 15223 on Friday, March 6, 2020 at 10 AM. The family respectfully suggests donations be made to All Saints Parish or to the Cochlear Implant Awareness Foundation, ciafonline.org, in honor of his late wife, Bernie.

To send flowers to the family or plant a tree in memory of Charles "Jonsey" Michael Glasso, please visit our floral store.