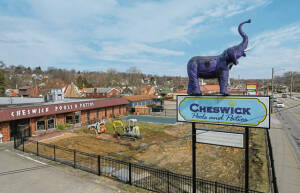 Born and raised in Glenshaw, Betty was the only child of Raymond R. Williams and Ruth Franz Williams. A graduate of Shaler High School, class of 1947, she was very active in the local community serving as a past president of Braun School PTA, a Cub Scout Den Mother, a Brownie Scout Leader and a Past President of the Glenshaw Century Club for a number of years. For the Century Club, she served as a house tour chairman and hostess for the annual gala. Betty was the driving force of Cheswick Pools along with husband, Howard, son, Danny, and daughter, Diane. Betty will no longer be alone but will be with her beloved family.

To send flowers to the family or plant a tree in memory of Betty Ann Nesbit, please visit our floral store.