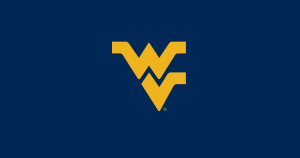 Anne Elizabeth Floyd Fischer, 92, passed away peacefully in the early hours of November 26, 2021 with her family at her side.

Born July 12, 1929, Anne, daughter of William Kenneth and Elsie P. Floyd, was the eldest of three children. Along with her younger brother Jack and sister Mary Katherine, Anne grew up in Mannington, West Virginia and Asheville, North Carolina.  Anne showed musical promise from an early age in both piano and vocal performance.  After graduating as Salutatorian from Mannington High School she spent her freshman year in Rochester, New York at the prestigious Eastman School of Music, majoring in Voice Performance as a classical mezzosoprano.  She finished her Bachelor’s Degree in Vocal Performance at the West Virginia University School of Music, at which point she made the difficult choice between a Fulbright Scholarship to study opera in Milan and a scholarship to obtain her Master’s Degree in Music.  She opted for the Master’s Degree and married fellow musician, Donald H. Fischer.

The couple settled in Oak Hill, Ohio and had the “Fischer Four,” Kathy, Mary Beth, Andy and Chris.  During that period, Anne was involved in the music program at First Presbyterian Church, and began teaching part-time in an elementary program in Jackson County, Ohio.  She also directed a high school operetta at Oak Hill High School.  This endeavor caught the eye of nearby educators.  In 1965, the school board of Gallipolis Public Schools was looking for a visionary leader for their secondary vocal music department, and requested that the Superintendent interview Anne for a position leading the middle and high school vocal department.  They had a dream of giving students the opportunity to participate in musical theater; and they soon realized that the personable, dynamic, auburn-haired Anne was the leader they were seeking.

Over the next 30 years, Anne, affectionately known as “Mom Fisch” by her students, built a top-notch vocal music department.  With sets and costumes from New York City and Columbus, Ohio, as well as an incredibly talented group of community volunteers who produced professional quality backdrops, props, costumes, and more, the residents of Gallipolis and the surrounding area flocked to the productions which showcased incredible student talent.  She directed over 25 musicals and created the award-winning Madrigals, multiple performing choirs, and an award winning show choir, which performed, competed and traveled to locales such as Hawaii and the Bahamas.  Mom Fisch had a way of inspiring talent and motivating students to make their dreams in music come true, with many of her students going on to professional careers in teaching music at the middle/high school and even college levels, as well as having careers in performance, composing, and directing.  Her genuine love and connection with her students continued into her retirement years, with many visits from her former students enriching her years in Gallipolis, her treasured hometown.  She briefly came out of retirement to help direct her granddaughter’s high school musical and she continued to accompany and train anyone who was lucky enough to stand at her upright Steinway and sing.

As a single mother in the 1960s, Anne raised four young children in their rowdy home on Second Avenue.  The Fischer Four’s antics were legendary from fireworks shot off the roof to a menagerie of unlikely pets; each in turn joining the Fischer music tradition and heading off to have families of their own.  To supplement her income, she held multiple jobs, including directing the Holzer School of Nursing Choir and playing organ at St. Peters Episcopal Church.  Later she also directed the choir at Christ Episcopal Church in Pt. Pleasant.  She also collaborated in the first musical production produced by Bob Evans Farms, with a script and musical score based on regional history.  She also directed numerous productions of Handel’s Messiah, featuring talented local musicians.  In later retirement, Anne put her talents to use directing the Senior Citizens Choir of Gallia County, “Yesterday’s Kids.” Anne’s use of her talents inspired beautiful musical performances which enriched the lives of thousands, including her family, beloved students of all ages and the audiences whose lives were made better through the productions she led.

She had a strong faith, dutifully praying for those she loved each night, and was a proud Episcopalian rarely missing an opportunity to don her master’s stole on an Anglican high feast day while adding friends and family to the church choir to create beautiful Christmas Eve services.  Throughout her life she saw it as a personal tribute and statement of her beliefs to volunteer her talents for her faith.

During her life before and after retirement, Anne saw life as an adventure; and she was an avid traveler, both internationally, and to all 50 states. As long as she was able, she took each grandchild on a trip when they turned 13.  She was great lover of Broadway and any live musical performance.  Later in life, she had a rich relationship with her friend, Paul Clay, with whom she traveled extensively and enjoyed camping and other activities.

Anne’s greatest passion was for her family.  She showed her love in many ways, and her talents didn’t stop with music.  As a seamstress of professional level ability, she sewed her children’s play clothes to be thrifty; and later, she fashioned every dress and formal that her daughters wore for countless dances and events.  She was an incredible cook, known for her lavish dinners and desserts; and her recipes and legacy in the kitchen are held dear by her children and grandchildren.  She hosted family pool parties at her new home also on Second Avenue with many fun hours spent in the water where many of her grandchildren learned to swim.  She continued to spread her love of music to her grandchildren and beyond with many happy hours singing as she readied her next student for an audition.  Anne was an avid sports fan, especially cheering on her Mountaineers.  She fiercely loved her children and bragged on them each in turn, and she likewise was unapologetically proud and protective of her grandchildren and great-grandchildren who were the apples of her eye.

Her final years were spent in Pittsburgh, Pennsylvania where she was lovingly cared for by her daughter, Mary Beth.  The family intends to a hold a memorial service in the coming year TBD. Arrangements made by Perman Funeral Home.

To send flowers to the family or plant a tree in memory of Anne E. (Floyd) Fischer, please visit our floral store.

Family to do services at later date