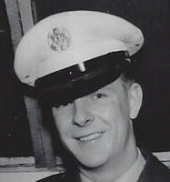 Of Hampton Twp., on February 15, 2019, Mr. Trader was the beloved husband of Michelle A. Keegan Trader; father of Marjorie Johnson (Joseph) of Shaler Twp., William Trader of Hampton Twp.; son of the late Stanley A. and Mary Rzotkiewicz Trader; brother of Pat Davenport (Dave) of Kannapolis NC and the late Fred Catania; fur-grandfather of Pixie and Baby.

Mr. Trader was air police in the United States Air Force. He was a private pilot, avid animal lover and accomplished gardener. He was a member of the Syria Shriners and a Free Mason. He made sure to stop by the rainbow bridge on his way to Heaven.