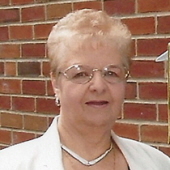 Celebrate Aunt Shirley’s life with her family at a Mass of Christian Burial at All Saints Church, Etna, on Wednesday at 12 Noon. The family respectfully suggests donations be made to Shaler North Hills Library, 1822 Mount Royal Boulevard, Glenshaw, PA 15116. Arrangements made by Perman Funeral Home and Cremation Services, Inc., 923 Saxonburg Blvd. at Rt. 8, Shaler Twp.
To order memorial trees or send flowers to the family in memory of Shirley Ann Dzvonick, please visit our flower store.