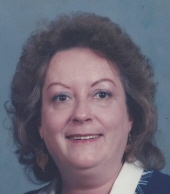 Of Shaler Twp., on Friday, May 27, 2016, Mrs. Szwedko was the beloved wife of Joseph R. Szwedko; mother of Kim Hunter (Jeff) of West Deer, Tina Stalker of OR, Louis Stalker of OR, Brian Stalker of UT; daughter of the late Louis and Ruth Rogers Thompson; sister of Barb Thompson, Pam Bicker, Louis Thompson (Ann), Richard Thompson (Chris) all of Pittsburgh; 6 grandchildren and 2 great-grandchildren; also survived by many nieces and nephews.
Services and Interment were private. Arrangements were made by Perman Funeral Home and Cremation Services, Inc., 923 Saxonburg Blvd. at Rt. 8, Shaler Twp.
To order memorial trees or send flowers to the family in memory of Sandra Ann (Thompson) Szwedko, please visit our flower store.