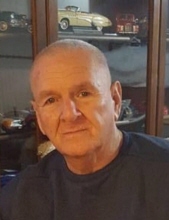 Age 82, of Shaler Twp., passed away in the presence of love on Saturday, February 19, 2022, Bob was the devoted son of the late Robert J. and Margaret Jackson Bildhauer; brother of Norman (Linda) Bildhauer, Donald (Janet) Bildhauer, Barbara (Edward) Cerny and Dawna (Joseph) Kernic; loving uncle of Terry (Karla), Donnie (Diana), Christine (Ross), Scott (Michelle), Holly (Bruce), Dale, Douglas, Ed, Crystal (Justun) and Cody; great uncle of Chelsey, Cameron, Brianna, Shannon, Ian, Mackenzie, Mikayla, Abigail, Aaron, Ryan, Samantha, Conner, Kailey, Dustun and Dilynn. He was known to many in Shaler as "Uncle Bobby" as he was such a loving and active uncle in the lives of many. Bob was a US Army veteran and an avid fan of football, baseball and golf.