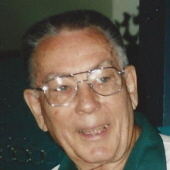 Robert C. Taylor
Of Shaler Twp., on Friday, April 11, 2014, Mr. Taylor was the beloved husband of the late Leda Gross Taylor; son of the late Adolphus and Emma Gysin Taylor; brother of John Taylor of Etna, Ronald Taylor of FL, and the late Marion Springer, Virginia Mayer, George, James, Will, and Richard Taylor; also survived by nieces and nephews. Mr. Taylor was a decorated WWII Army Veteran and worked as a machinist for Goss Gas Company.
Celebrate Mr. Taylor's life with his family on Tuesday from 2-4 and 6-8 PM at Perman Funeral Home and Cremation Services, Inc., 923 Saxonburg Blvd at Rt. 8, Shaler Twp. Services will be private.
To order memorial trees or send flowers to the family in memory of Robert C. Taylor, please visit our flower store.