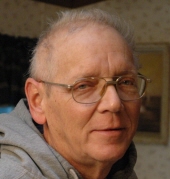 Of Slippery Rock, age 67, on Friday, December 23, 2016 at the Butler Memorial Hospital after a long fight with cancer. Robert was born May 23, 1949.
He graduated from Moniteau High School and later received a degree in Computer Programing. He lived most of his adult life in Bellevue, PA. Robert worked as a Computer Programmer Analyst for Computer Research in Greentree, PA and while in retirement he was a Manager at the North Side Giant Eagle.
He will be sadly missed by his family. Son of the late Andro Sebastian and Mildred Irene Voekler Bertoncello; brother of William W. of Slippery Rock and Larry P. Bertoncello (Emogene) of Butler; uncle of Adam D. and Evan A. Bertoncello; grandchild of the late Jacob and Regina Schurer Voelker, Sabastiano and Dorina Bertoncello; also survived by several cousins and second cousins.
Robert played Baritone horn both with the Steel City Ambassadors and the Erie Thunderbirds Drum & Bugle Corps. He was a true treasure to everyone who has known him, a quiet, humble man with a kind heart and an inquisitive mind. He always tried to help those in need and his generosity touched the lives of many.

Celebrate Roberts life with his family on Friday from 4-8 PM at Perman Funeral Home and Cremation Services, Inc., 923 Saxonburg Blvd. at Rte. 8, Shaler Twp. where Services will be held on Saturday at 10 AM.
To order memorial trees or send flowers to the family in memory of Robert Andrew Bertoncello, please visit our flower store.