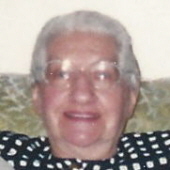 Celebrate Mrs. Pischke's life with her family on Sunday from 2-6 PM at Perman Funeral Home and Cremation Services, Inc., 923 Saxonburg Blvd at Rt. 8, Shaler Twp. Mass of Christina Burial will be at St. Ursula Church, Allison Park on Monday at 10 AM. Family respectfully suggests donations be made to Little Sisters of the Poor, 1028 Benton Ave, Pittsburgh PA 15212.
To order memorial trees or send flowers to the family in memory of Mildred Midge Pischke, please visit our flower store.