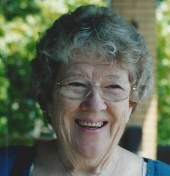 Mary Elizabeth (Morrissey) Conner waited until her 82nd birthday to pass peacefully into Heaven to be reunited with her husband, Joseph. Marys last 12 years were spent in assisted living and nursing care due to the effects of Alzheimer's Disease.
Born on January 15, 1935 in Trenton, NJ, Mary and her mother also lived in Cumberland, MD, and Pittsburgh, PA. After attending high school in Cumberland, Mary was called to the vocations, but changed direction upon meeting her beloved Joseph, who also gave up the vocations for wedlock.
Following their marriage on May 18, 1957, Mary gave birth to Kevin (Cindy), Barbara, and Charles (Linda) Conner. Always an amazing homemaker and mom, Mary also worked for more than 30 years as a waitress at the Pittsburgh Field Club,other restaurants, and private catered events. Her interests included reading, swimming, going to movies, and travel. Her greatest joys were her five grandchildren; Colin (Annie) Conner, Sean Conner, Caitlin Antel, Elise Antel, and Blair Conner.
Mary is preceded in death by her husband, Joseph, mother Priscilla, father Joseph, and brothers, James and George, as well as brothers-in-law and sisters-in-law. She is survived by her niece Georgia, nephew Patrick, sisters-in-law Marjorie Morrissey, Mary Jane Zyra, Clara Conner and Jane Conner, brother-in-law John (Jack) Conner and many other nieces and nephews in the Conner clan.
Celebrate Mrs. Conners life with her family at a Mass of Christian Burial at St. Mary of the Assumption Church, Glenshaw on Saturday at noon. Arrangements made by Perman Funeral Home and Cremation Services, Inc., 923 Saxonburg Blvd. at Rte. 8, Shaler Twp.
To order memorial trees or send flowers to the family in memory of Mary E. (Morrissey) Conner, please visit our flower store.