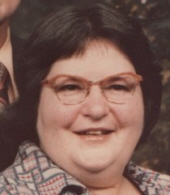 Of Shaler Twp., on Thursday, January 22, 2015, Mrs. Brezinski, aged 87, was the beloved wife of the late Peter Brezinski; mother of George Brezinski (Kathleen) of Cranberry Twp. and the late Stephen and James Brezinski; daughter of the late Daniel S. and Agnes Schmader Rapp; sister of Lenore Dalmasso of Franklin PA and the late Ruth Rapp and Daniel J. Rapp; sister–in-law of Wanda Rapp of Cleveland TN; aunt of Tammy Cross (David) and Samuel Rapp.

She was a 1945 graduate of Shippenville High School. She was a graduate of Braddock General Hospital School of Nursing in 1948. She was a Registered Nurse at the VA Medical Centers in Oakland and in Aspinwall. She married Peter Brezinski on August 29, 1959. He preceded her in death on June 24, 1993. She was a member of All Saints Church in Etna and a member of the Christian Mothers and Guild.

Celebrate Mrs. Brezinski’s life with her family at a Mass of Christian Burial at All Saints Church, Etna, on Tuesday at 10 AM. The family respectfully suggests donations be made to the Stained Glass Window Fund, All Saints Church, 19 Wilson St., Pittsburgh PA 15223. Arrangements made by Perman Funeral Home and Cremation Services, Inc., 923 Saxonburg Blvd. at Rt. 8, Shaler Twp.
To order memorial trees or send flowers to the family in memory of Mary Agnes Brezinski, please visit our flower store.