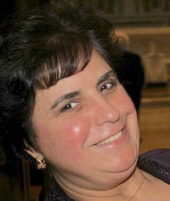 Maria was born November 7, 1956 in Maierato Italy. She immigrated to Pittsburgh in 1974. Maria and her family were the owners of Homestead Capri Pizza until she retired in 2013. Her passion was her family and business.

Celebrate Mrs. Varrassos life with her family on Wednesday and Thursday from 2-4 PM and 6-8 PM at Perman Funeral Home and Cremation Services, Inc., 923 Saxonburg Blvd. at Rte. 8, Shaler Twp. Mass of Christian Burial at St. Raphael Church, Morningside on Friday at 11:30 AM. Entombment at Mt. Royal Cemetery.
To order memorial trees or send flowers to the family in memory of Maria Annunziata Nancy (Malta) Varrasso, please visit our flower store.