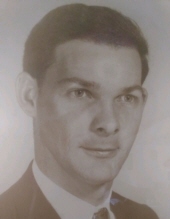 As a young man, Leroy was a youth minister and preacher, preaching throughout his life. He started as a store clerk for the Thorofare grocery store, pinsetter for the Etna Lane, painter for the John Patretious Company until he began his career with Glenshaw Glass in 1964 until his retirement in 1991. He enjoyed helping others with odd jobs around their homes, and doing projects that resembled in many great accomplishments. Leroy cared for his ailing mother, brothers and sisters. He was a kind gentleman, but was firm. He will be missed by many members of his family.

Services and Interment were Private.
To order memorial trees or send flowers to the family in memory of Leroy Meyers, please visit our flower store.