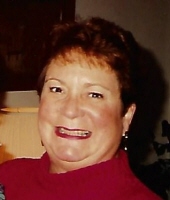 Kathryn Agnes Brenner Goodrow, left this earth and joined her Savior on Tuesday, December 8, 2020 surrounded by her daughters.

She was born in Pittsburgh, PA, on October 12, 1935, to Nevin and Helen Brenner. She was preceded in death by her husband, Richard Ashley Goodrow, her parents and her siblings, Nevin T Brenner, Jr and Carolyn Bobilin.

Kate graduated from Avonworth High School, and later attended Western College for Women, where she majored in theatre. She went on to perform in many plays and musicals. Her most treasured memories were from her time with North Star Players, where she starred in many productions, and later directed.

Her family would like to thank Good Samaritan Hospice at Wexford for their excellent care in her last days. Family asks, in lieu of flowers, memorial contributions can be made to Good Samaritan. A Celebration of Life Service will be held at a later date. Arrangements were by Perman Funeral Home and Cremation Services, Inc.
To order memorial trees or send flowers to the family in memory of Kathryn (Brenner) Goodrow, please visit our flower store.