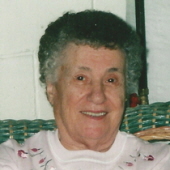 Celebrate Mrs. Semega’s life with her family on Tuesday from 4-8 PM at Perman Funeral Home and Cremation Services, Inc., 923 Saxonburg Blvd at Rt. 8, Shaler Twp. where a Blessing Service will be held at on Wednesday at 10 AM. Family respectfully suggests donations be made to Kane Hospital Patient Fund, 110 McIntrye Road, Pittsburgh PA 15237.
To order memorial trees or send flowers to the family in memory of Judy M. (Fucic) Semega, please visit our flower store.