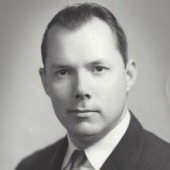 Joseph Howard Conner
Of Dorseyville, on Saturday, May 3, 2014, Mr. Conner was the beloved husband of Mary Elizabeth; father of Barbara Antel of Dormont, Kevin Conner (Cindy) of West View and Charles Conner (Linda) of North Fayette; brother of Mary Jane Zyra (late Joseph) of Carnegie and John "Jack" Conner (Jane) of Point Breeze and the late Kathryn Eastley, Louise Kirk, the Rev Glenn, Robert and Gilbert Conner; Pop-Pop of Colin, Sean and Blair Conner, Caitlin and Elise Antel; brother-in-law of Clara and Jane Conner; also survived by many nieces and nephews. Joseph was born on Aug. 13, 1926, in Homewood, the son of the late Daniel F. and Mary Ellen Hellane Conner.
Joe loved teaching English, whether it was in parochial, public schools or community college. Joe taught at Sharpsburg High School from 1959-1967, Fox Chapel Area High School (1968-78), and Dorseyville Junior High School from 1979-1991. He was a part-time instructor at CCAC from 1970-1995. Joe was often stopped by former students who thanked him for making a difference in their lives. While teaching at La Salle High School in Cumberland, MD, Joe met the love of his life, Mary Elizabeth (Morrissey), who became his wife in 1957. Celebrating their golden anniversary was a proud moment for them both. Joe had a passion for theater, both as a performer in the Pittsburgh Savoyards, and as the director of numerous senior class plays at Sharpsburg and Fox Chapel. He entered the seminary and became a Christian Brother, receiving papal dispensation to return to secular life. He was Christian in the truest sense of the word, for his entire life.
Celebrate Mr. Conner's life with his family on Wednesday from 2-4 and 6-8 PM at Perman Funeral Home and Cremation Services, Inc., 923 Saxonburg Blvd at Rt. 8, Shaler Twp. Mass of Christian Burial will be at St, Mary of the Assumption Church, Glenshaw on Thursday at 10 AM.
To order memorial trees or send flowers to the family in memory of Joseph Howard Conner, please visit our flower store.