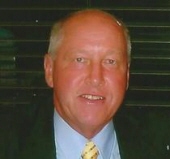 Of Indiana Twp., on Wednesday, October 21, 2015, Mr. Simelis was the beloved husband of Constance “Connie” J. Johnson Simelis; son of the late Bartholomew and Anna Brozaitis Simelis; brother of James Simelis (Jane) of Robinson Twp., and the late Leonard and Bartholomew Simelis; brother-in-law of Donna Marie Simelis and Rosemarie Simelis; also survived by many nieces and nephews. Mr. Simelis was an engineer at Westinghouse and was owner of Johnny Appleseed Landscaping Company. He was a proud member of AARP #595.

Celebrate Mr. Simelis’ life with his family on Sunday from 2-8 PM at Perman Funeral Home and Cremation Services, Inc., 923 Saxonburg Blvd. at Rt. 8, Shaler Twp. Mass of Christian Burial on Monday at 11:30 AM at St. Mary of the Assumption Church, Glenshaw.
To order memorial trees or send flowers to the family in memory of John M. Simelis, please visit our flower store.