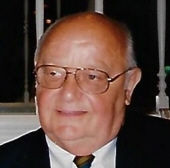 Celebrate Mr. Taylors life with his family on Friday from 2-8 PM at Perman Funeral Home and Cremation Services, Inc., Shaler Twp.
To order memorial trees or send flowers to the family in memory of John J. Taylor, please visit our flower store.