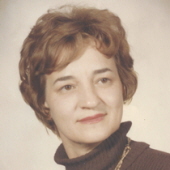 Of Springdale, peacefully on Monday, April 13, 2015, Mrs. Borowski, 84, was the beloved wife of the late Melvin Borowski; daughter of the late Frank and Cecilia Alechnewith Goessling; sister of the late Ruth Parks, Alice Brewer and Frank Goessling; survived by many nieces and nephews including Marlane (Brewer) and Thomas Zaborowski who cared for her the last 9 years. Mrs. Borowski retired from Gulf Research in Harmarville.
Celebrate Mrs. Borowski’s life with her family on Thursday from 6-8 PM at Perman Funeral Home and Cremation Services, Inc., 923 Saxonburg Blvd. at Rt. 8, Shaler Twp. Funeral Mass will be at All Saints Church, Etna on Friday at 10 AM. The family respectfully suggests donations be made to All Saints Stained Glass Fund, 19 Wilson St., Pittsburgh PA 15223.
To order memorial trees or send flowers to the family in memory of Grace (Goessling) Borowski, please visit our flower store.