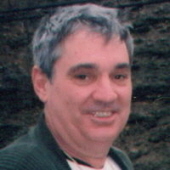 Celebrate Mr. Falgione's life with his family on Tuesday from 2-4 and 7-9 PM at the Perman Funeral Home and Cremation Services, Inc., 923 Saxonburg Blvd at Rt. 8, Shaler Twp where a Blessing Service will be held on Wednesday at 10 AM. Family respectfully suggests donations be made to American Diabetes Assn., 100 W Station Square Dr. Pittsburgh PA 15219. Leave condolences at www.permanfuneralhome.com.
To order memorial trees or send flowers to the family in memory of Dave Falgione, please visit our flower store.