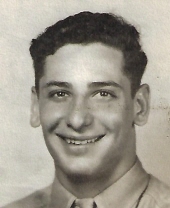 Of OHara Twp., on Monday, February 24, 2020, Tony was the beloved husband of the late Helen Mikolay Fello; father of Susanna Fraley (Ken), Curtis A. Fello (Kittie) and Bruce A. Fello; son of the late Angelo and Theresa Trafficanti Fello; brother of the late Rita Yerkins, Bill and Mike Fello; Pap of Samantha and Victoria Fello. Tony was a WWII Army Paratrooper who was awarded the Bronze Star. He played semi-pro football and was a salesman who owned several successful businesses.