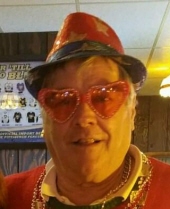 Celebrate Mr. Doughertys life with his family at a Mass of Christian Burial on Friday at 1 PM at St. Mary of the Assumption Church, Glenshaw. Arrangements made by PERMAN FUNERAL HOME AND CREMATION SERVICES, INC.
To order memorial trees or send flowers to the family in memory of Samuel C. Dougherty, Jr., please visit our flower store.