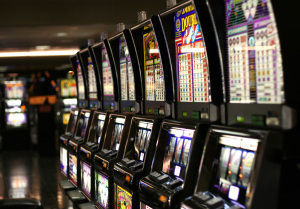 On Tuesday, August 13, 2019 at approximately 7:47am PST, our loving God dealt our Michael Sunseri the gentlest hand and took him home to live in heaven.

Michael (Mike) was the first son of a first son, born to Salvatore and Louise Sunseri on June 11, 1941, in the East Liberty area of Pittsburgh. He attended elementary school at St. Anne’s and graduated high school at North Hills, a member of the very first class at the new school.

Mike attended one year of college at Trinidad College, and another year at Clarion College (both on scholarship) before enlisting in the US Navy in 1961.

After discharge from the Navy, he began a long and successful career in automobile sales and management.

In 1968, Mike met the love of his life, Patricia Ann Munio. They courted for three years before marrying on July 10, 1971 at St. Mary of the Assumption Church in Glenshaw. At the time he died, Mike was in the middle of planning two surprise birthday parties for Pat, one in Vegas on August 17th and the other in Pittsburgh on August 25th. He stated several times, “if anyone deserves two birthday parties, its Pat.” Mike is survived by his beloved Patricia.

As the oldest child of four, Mike took his eldest brother role very seriously and enjoyed a close and loving relationship with his sisters Marguerite Sunseri (deceased), Marianne Sunseri-Mengine (Charles), and his brother Vincent Sunseri. He also loved his cousin, Charles (Jonesy) Glasso as a brother.

In addition to his wife and siblings, Mike is survived by many nieces and nephews, including:

Mike loved Las Vegas and gambling- he had too many friends to list, but he loved spending time with his great and dependable buddy Erik Moll, commenting often that “family is not always blood.” Mike also adored his home town of Pittsburgh- he loved the Steelers, the Pirates and the Pens, and Mike successfully converted all of his Idaho relatives and Vegas friends to be rabid fans as well.

Mike was game for anything, and to quote Patricia “he was pretty hardy for a city boy.” He accompanied his Idaho family on snowmobiling trips in Sun Valley, waterskiing adventures in Cascade, and was eagerly looking forward to this year’s camping trip in Coeur d’Alene.

Visitation will be Thursday and Friday, August 22-23, 2019 from 2-4 PM and 6-8 PM at Perman Funeral Home, 923 Saxonburg Boulevard, Pittsburgh PA 15223. Mass of Christian Burial will be held on Saturday, August 24, 2019 at 9:30 AM EST, at St. Mary of the Assumption Church, 2510 Middle Road, Glenshaw PA 15116. The family respectfully suggests donations be made to The American Cancer Society, 320 Bilmar Dr, Pittsburgh, PA 15205. Mike was an adamant supporter of this charity, given his sister Marianne’s battle with the disease. www.donate3.cancer.org.

To send flowers to the family or plant a tree in memory of Michael Frank Sunseri, please visit our floral store.