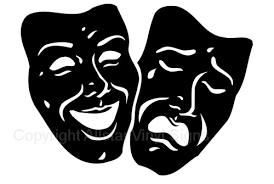 Age 88, passed away peacefully in his home October 15th, 2019 after a brief illness and surrounded by family and friends. He had just celebrated his 55th wedding anniversary with his beloved wife, Rosanne Rolly aboard a New England cruise. Len lived an abundant life full of friends, family, laughter and theatre. A Navy veteran and graduate of Carnegie Tech, Len went on to receive degrees in electrical engineering and literature, claiming he was the oldest undergraduate there. A gifted tenor and actor he was known as the face of St. Barnabas Hospital on local television and appeared in numerous commercials as well as performing with the Butler Symphony Choir. Loving to be on stage, he appeared in numerous shows at CLO, Robert Morris, but his theatre home was Comtra Theatre where lifelong friends were made. His greatest highlight arrived when he was honored to play the role of Don Quixote. He is proceeded in death by his parents, Joseph and Helen Rolly, his four elder sisters and a brother. But his greatest loss from which he never recovered was the sudden death of his precious son Shaun in 2017. He leaves behind his beloved wife of 55 years Rosanne, his son Kevin of Los Angeles, his brother-in-law Kenneth Chenot, two grandchildren and many nieces and nephews. Len was a man of grace, humor and character and he is deeply missed.

Services and Interment will be Private. Arrangements made by Perman Funeral Home and Cremation Services, Inc., Shaler Twp.