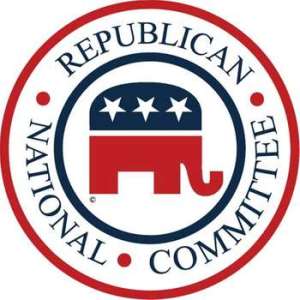 She was born in Pittsburgh on December 30, 1921, the daughter of the late Herman and Goldie (Heilman) Grote.  In addition to her parents, Christina was preceded in death by her husband Arthur E. Uber, Jr. (Ed), and her sister Esther (Grote) Siegert.  She is survived by a daughter, Susan Hill and her husband Daniel of Austin Texas; a son, Robert Uber and his wife Gabby, a son Jamie Uber and his wife Julie, and a son Ned Uber and his wife Theresa, all of Pittsburgh.

Christina grew up in the Greenfield section of Pittsburgh and graduated from Allderdice High School in 1938.  She attended the Academy of the New Church College in Bryn Athyn, PA for a year before having to return home due to her father’s illness.  She then attended the University of Pittsburgh, graduating with a degree in English in 1942, and later worked as a secretary at Westinghouse for several years. She also helped her mother manage the apartment building in Swissvale that supported the family after her father’s death.

She and Ed Uber were married on Monday, August 28, 1944 during his four days of leave between the end of his Navy training and his deployment to England during WWII.  After the War, she helped Ed attend night law school at Duquesne University by typing all of his homework, dictations and class notes.

She was a member of the Duquesne Club for over 60 years and of the Longue Vue Club for over 45 years.  She was involved for over 30 years in Republican Committee activities in Hampton Township, and also participated in the Northampton Garden Club.  Christina was a devoted member of the Pittsburgh New Church in Point Breeze her entire life.  Memorial donations can be made in her name to the Pittsburgh New Church, 299 Le Roi Road, Pittsburgh, PA 15208, or to a charity of your choice.

A memorial service will be held on Sat. April 20th on 2pm  at the Pittsburgh New Church, 299 Le Roi Road, Pittsburgh, PA 15208.  There will be a reception in the church hall immediately following the service.

Because of her strong belief in the reality of life after death, Christina has looked forward with joy to being reunited with family and friends who have gone before her. She would ask you to rejoice with her as she joins loved ones in heaven, her new home.

To send flowers to the family or plant a tree in memory of Christina (Grote) Uber, please visit our floral store.