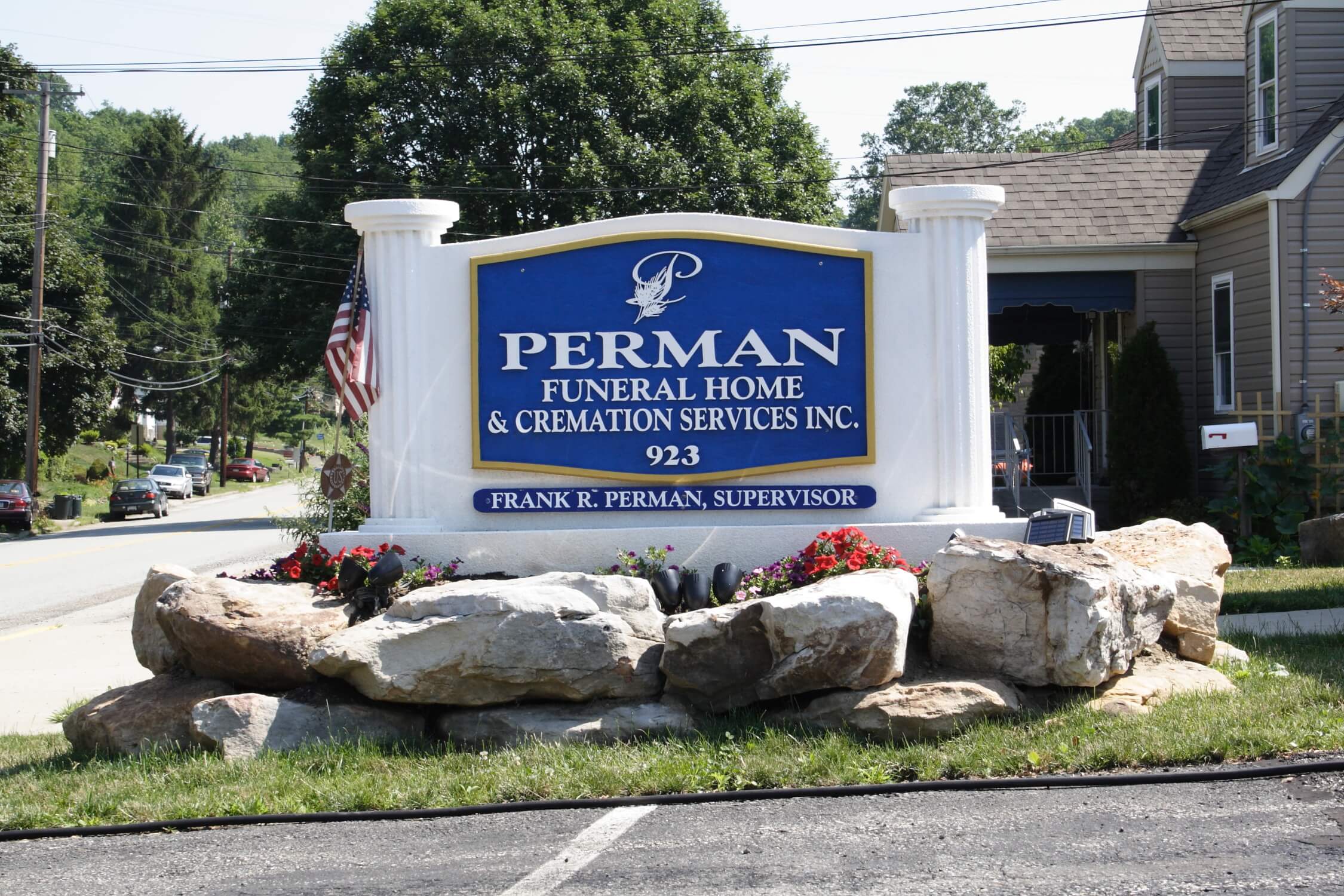 Perman Funeral Home was founded by Frank R. Perman on June 1, 1966. Mr. Perman purchased the Joseph Paris Funeral Home on Butler Street in the Lawrenceville section of Pittsburgh. In 1970, Judith Perman became a Pennsylvania licensed Funeral Director and joined her husband in the business.

In 1985, Mr. Perman purchased the John Carlos Funeral Home in Shaler Township. It is the current funeral home location.

1990, Mr. Perman's son Frank was licensed as a Funeral Director and joined the business. Frank worked closely with his father.

Mr. Perman's untimely death in 2000, led to Mrs. Perman and Frank leading the business into the next century. Mrs. Perman retired in 2008.

Frank Perman became the second generation to lead the locally owned and operated funeral home. Mr. Perman's philosophy is that all people deserve a dignified burial regardless of who they were or their station in life. He also knows the importance of serving our community.

He is the Committee Chairman of Boy Scout Troop 622 and Cub Scout Pack 162, served as Vice-Chairman for Membership in the Japeechen District of the Laurel Highland Council for Boy Scouts. He was a Mentor to two Eagle Scouts.

He is the unofficial "funeral guy" for KDKA radio Morning Show with Larry Richert and John Shumway.

We stand ready to assist you. If a death has occurred, please call us on the number below: